Approved during the National People’s Congress (NPC) in March, China’s new Foreign Investment Law (FIL) will become effective on January 1, 2020. It’s filled with positive promises for foreign companies invested in China – and yet the reactions it has triggered among the international business community range from cautious optimism to deep skepticism.

Below, we have summarised the main aspects of the FIL as well as some of the most common questions we’re getting from our clients in a Q&A section. 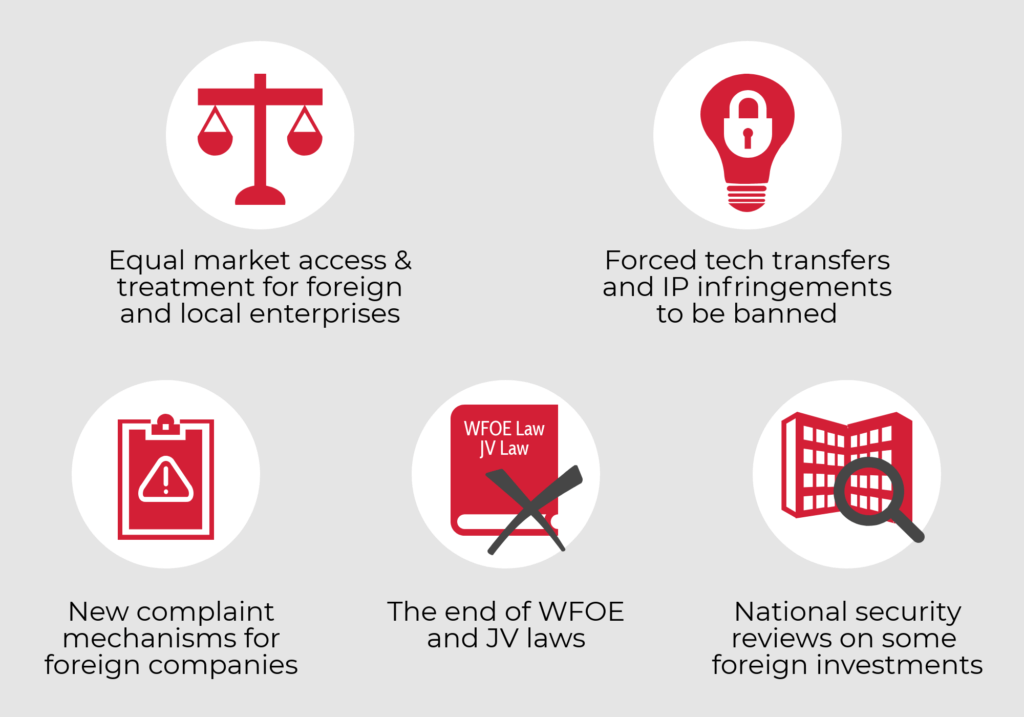 The FIL can be read as a statement of purpose. It outlines the following policy goals but doesn’t specify how they will be achieved:

>> Read the full English translation of the Foreign Investment Law 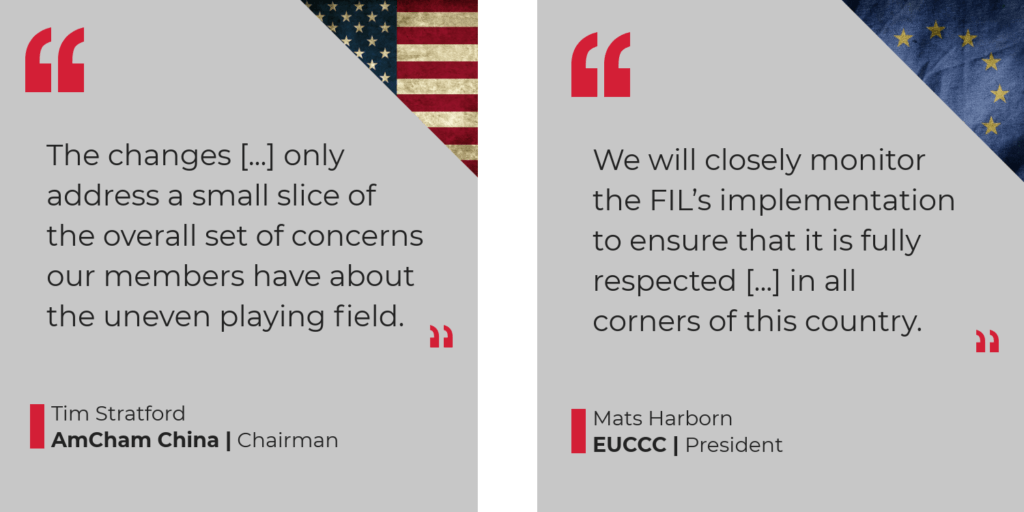 The overarching worry among international businesses is that the law’s vagueness – and China’s history of under-delivering on reform promises – will result in little change on the ground. More specifically, our clients have also voiced the following concerns:

Q. What will happen to existing WFOEs and JVs?

A. Existing entities can keep their current structure until December 31, 2024. By then, existing JVs will most probably have to renegotiate their contracts with local partners and plan the steps that need to be taken in order to comply with new requirements (e.g., how to seamlessly transfer authority from the board of directors to shareholders). Existing WFOEs will not require any significant restructuring.

Q. What if I’m currently in the process of setting up a China WFOE/JV?

A. The new FIL comes into force on January 1, 2020. If you register a foreign-invested entity before this date, the old WFOE and JV laws will apply. For some investors looking to open a JV with a Chinese partner, it might make sense to postpone their business application until after January 1, 2020.

Q. Will the FIL apply to Hong Kong investors?

A. Yes. Premier Li Keqiang has confirmed that investments from Hong Kong, Macau, and Taiwan will continue to be considered as “foreign” and that China’s existing arrangements with these special administrative regions will not be affected by the new law.

Q. When is a “national security review” justified?

A. The broad scope of security reviews allowed by the law raises questions about when such an audit is justified and what it could look like. Unless clearer guidelines are provided, many fear that this provision could be abused for political or other motivations.

Implementation guidelines, some of which should be released by the end of this year, will provide more clarity. But we do expect some uncertainties, grey areas, and regional variations to remain beyond January 2020. Only time will show how far China will improve the treatment and market access enjoyed by foreign companies.

How will the FIL affect your China company or business plan? If you’re still unsure, don’t hesitate to get in touch with our China Corporate Services Team.