China Plus One in Practice

The Sino-US trade war has reignited discussions about China’s future as the world’s factory. After years of cost rises, should you replace China as your primary sourcing market? Two stances usually dominate the debate. One camp tends to inflate the urgency of moving out of China due to its rising costs, while the opposing side doubts that it’s profitable, or even feasible, to find a substitute for the country’s massive and mature supply chains.

In this China Focus, we try to add nuance and depth to this conversation. We take a closer look at the advantages and bottlenecks that alternative sourcing markets in Asia offer for specific industries, and we analyse China’s competitiveness as a sourcing market in a world where “buying well” is becoming just as important as “buying cheap”.

It’s impossible to reach a simple verdict about China’s future dominance as a sourcing destination. A company’s specific product focus, end markets, business goals, and resources must be factored in. But, among the brand owners, traders, and buying offices whom we work with, those who are doing well have three things in common:

The cost advantage that turned China into the world’s factory has declined over the last decade. Labour costs, which were one-tenth of those in the US in 2005, are now about one-third. This, combined with rising indirect costs, environmental regulations and, more recently, the Sino-US trade war, has prompted global companies and their suppliers to look for cheaper alternatives. The shift has helped lower-wage Asian countries to grow their manufacturing capacity and exports, especially in labour-intensive sectors such as textile, footwear and electronics (see below). Between 2010-17, for instance, China’s share of US apparel imports fell steadily from 40% to 33%, while Vietnam’s share more than doubled. 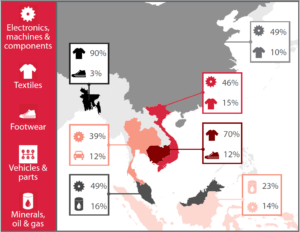 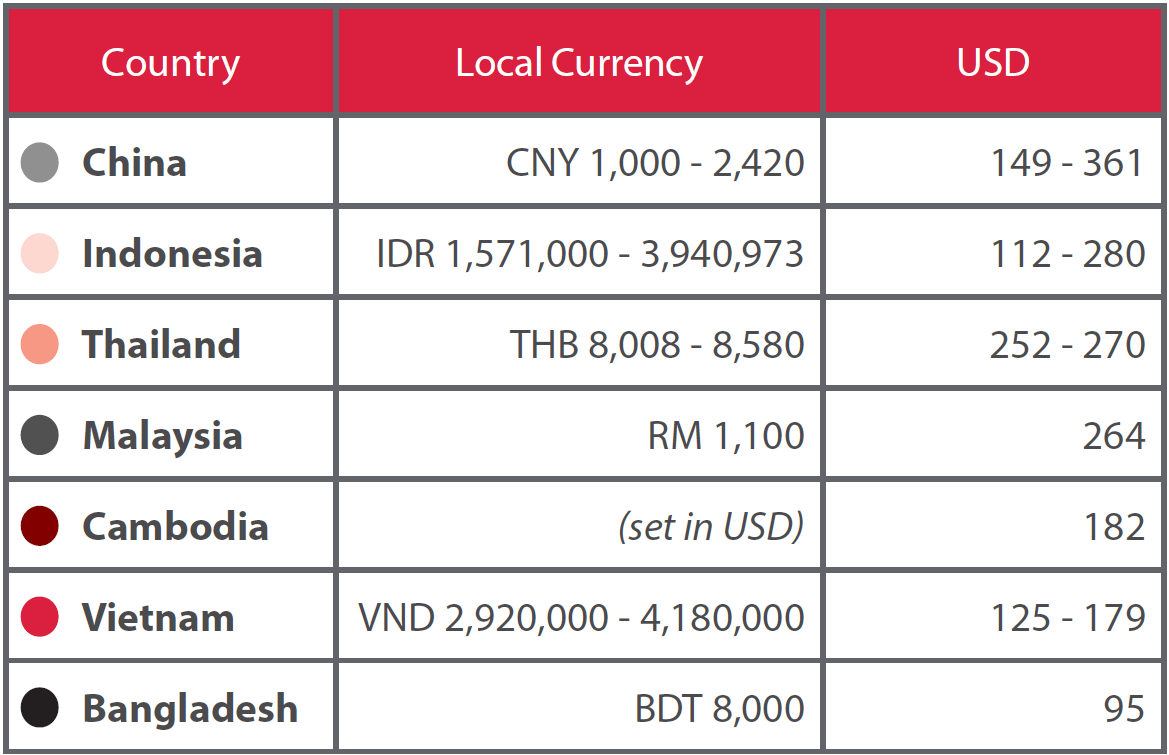 But rather than a large-scale, cross-industry migration of global supply chains out of China, what we’re seeing are small-scale, industry-specific shifts. Most companies are looking to complement, rather than replace, their China sourcing. Beyond cheaper labour, decision-makers must consider the broader competitive advantages of each location, how they match their industry focus and business goals, and whether there are bottlenecks that could offset those opportunities. Below, we zoom in on three countries: Cambodia, a popular alternative for apparel and footwear, Thailand, a strong player in the automotive sector, and Vietnam, which has the most diverse manufacturing base in South-East Asia (SEA). 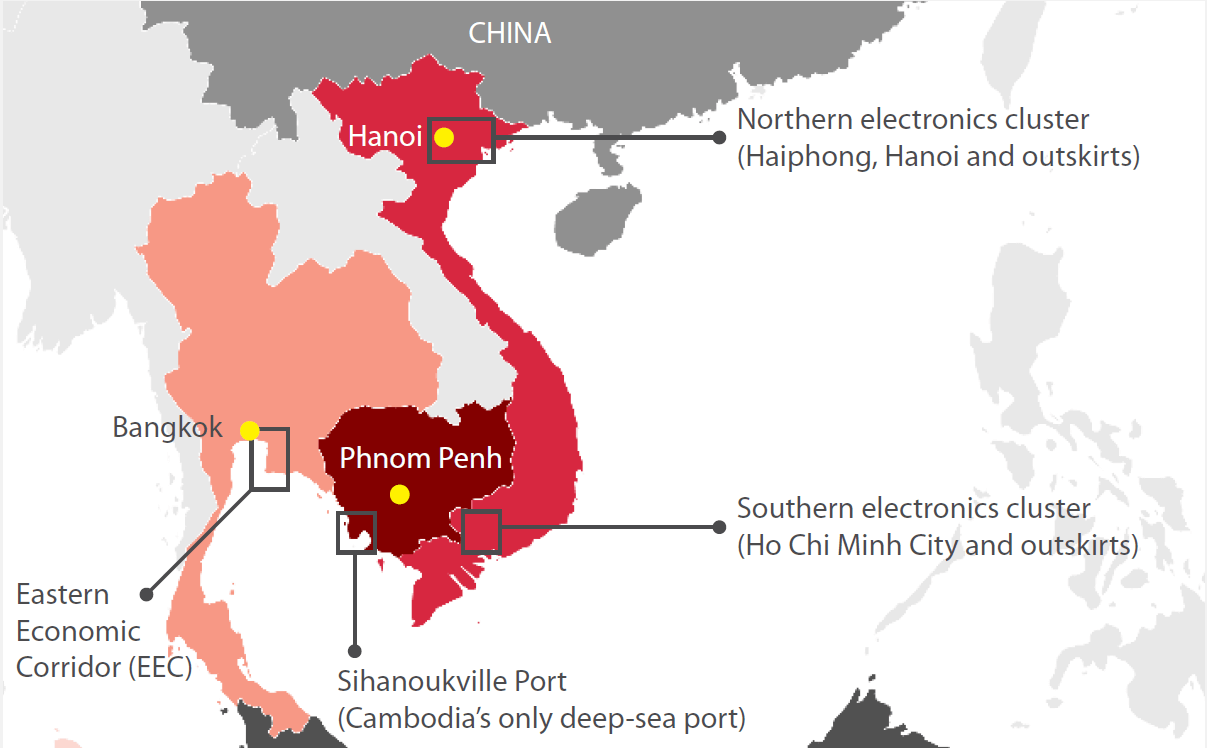 “Labour costs are rising most rapidly in smaller,
lower cost countries, so the gap with China is narrowing.”